13th National Voters Day celebrated with theme ‘Nothing like Voting, I Vote for Sure’ 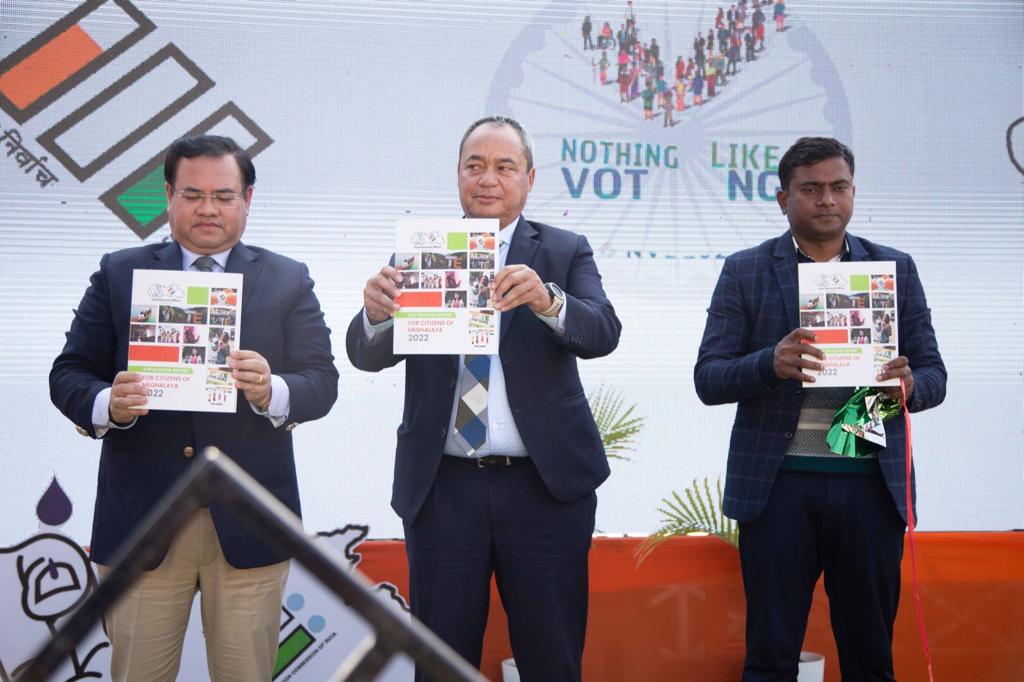 The Chief Guest on the occasion was Chief Guest Chief Secretary of Meghalaya, D. P Wahlang.

The 13th National Voters Day celebration is more important to Meghalaya since the state is going to polls on the 27th February this year, Chief Secretary Wahlang said while addressing the gathering in Shillong.

The Chief Guest spoke on the power of citizens for the free and fair right to vote.

“Elections today have become a culmination of entitlement, rights, and duty. The Election Commission (EC) has expanded its efforts to increase voter turnout over the years by citing AMF as a priority,” he observed.

The Chief Secretary applauded the efforts taken by the administration to senstitise young voters not only to enrol but to cast their votes. In the process, several challenges were faced with respect to ensuring 100% Assured Minimum Facilities (AMF).

“Nonetheless, the intensive work by all concerned could result in a free, fair, and successful election. Vote for candidates of their choice. Facilities are created for Persons with Disabilities (PWDs) to ensure they have the opportunity to vote, and braille ballot papers are provided to ensure inclusive voting.”he added.

While stating that in the last general elections a turnout of 86.65% was achieved and in order to achieve a threshold of at least 95% in the upcoming general elections, he urged the citizens to move out of their comfort zones and actively take part in the biggest festival of democracy on 27th February, 2023.

He concluded the speech with a remark on the main purpose of celebrating NVD is to sensitise and create awareness among the voters. 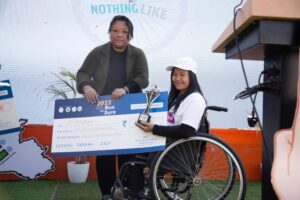 As part of the celebrations, the Run for Sure, cycling, and vintage car rally was organised by the Office of the Chief Electoral Officer, Meghalaya. There are various categories for citizens above 18, and for those above 50 years for 21k, 10k, 5k, and 1k marathon. The Wheelchair Run was also conducted for males and females in all categories.

The official NVD programme was held at the Meghalaya Assembly Secretariat, Shillong. It commenced with the flagging off of Wheels of Democracy by the Chief Guest and the Super Six – Democracy Canvas. The super six includes Transparent, Ethical Voting, Accessible, Inclusive, Participative, Free and Fair elections.

Chief Electoral Officer, Meghalaya, F R Kharkongor highlighted the importance of voting for the upcoming 2023 assembly elections in February. He stated that NVD is observed all over the country to celebrate the democratic process.

“It epitomizes the resolve to ensure elections are participative, inclusive, and voter-friendly. The theme for this year’s NVD, ‘Nothing Like Voting, I Vote for Sure’ emphasizes the individual and the civic duty to vote. In describing the NVD logo for 2023, he described the ‘tick mark’ sign as a symbol of informed decision-making by the voter, the Chakra symbolises the largest democracy in the world and the finger symbolizes the right of eligible citizens to participate in the democratic process,” Kharkongor said.

In the 1950s, the Election Commission had started out on uncharted territory with a non-existent electoral roll. He gave an example of the first Chief Election Commissioner who undertook the task to ensure a largely illiterate population went to the polling stations to exercise the democratic right to vote. Now various technological interventions have sharpened the electoral processes and deepened democracy.

He addressed the audience on the importance of the voting pledge and urged the citizens to come out like soldiers of democracy and elect their leader.

Over 15 vintage and classic cars and bikes participated in the 13th National Voters Day celebration in Shillong. Chief Secretary DP Wahlang during the programme flagged off the Wheels of Democracy. 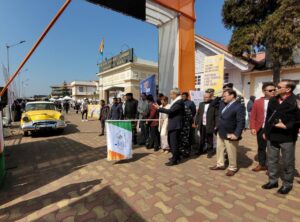 The special vintage car rally witness a participation of large number of people. Hundreds of car and bike enthusiasts from Meghalaya got an opportunity to witness a rally during which vintage cars and bikes, including, Classic Morris, Studebaker, Beetle, Fords, Land Rovers and Jawa bikes were displayed.

Spectators were excited to see vintage vehicles from the state on one platform. 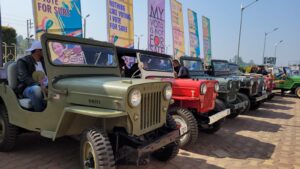 Chief electoral Officer FR Kharkongor said, “About 15 vintage and classic cars were there and all registered vintage car owners they were part of this vintage car rally to spread electoral messages in a creative way which captures the imagination of the citizen at large.” 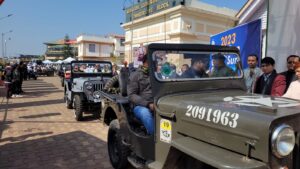