2nd phase of border talks between Assam and Meghalaya this month: CM 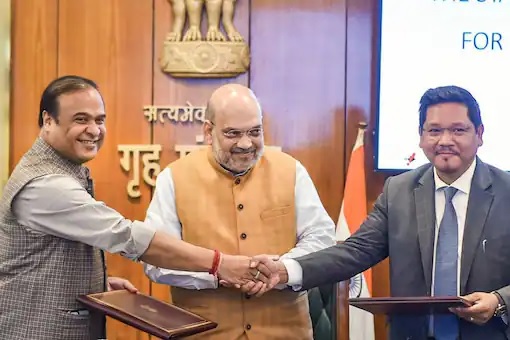 Chief Minister Conrad K Sangma on Wednesday said that the second phase of border talks between Assam and Meghalaya will be held within this month.

Speaking to media persons, Sangma said, “Unofficially a lot of work  at the background has already started and different committees are already doing their home works and coordinating and discussions have started. Yes, you are right, the official talks have not (yet started) which as I said is expected to happen. Within this month of November we should be able to have the first official talks.”

He said: “I am hopeful that within this month of November we should be able to have the first round of meeting with all the regional committees present and hopefully we will be able to initiate the talks of the second phase.”

He said that he also had a talk with the Assam chief minister Himanta Biswa Sarma on the matter recently. Sangma however said the two states will be able to meet once movements by central ministers in the NE are done and once the North East Olympic Games are over.