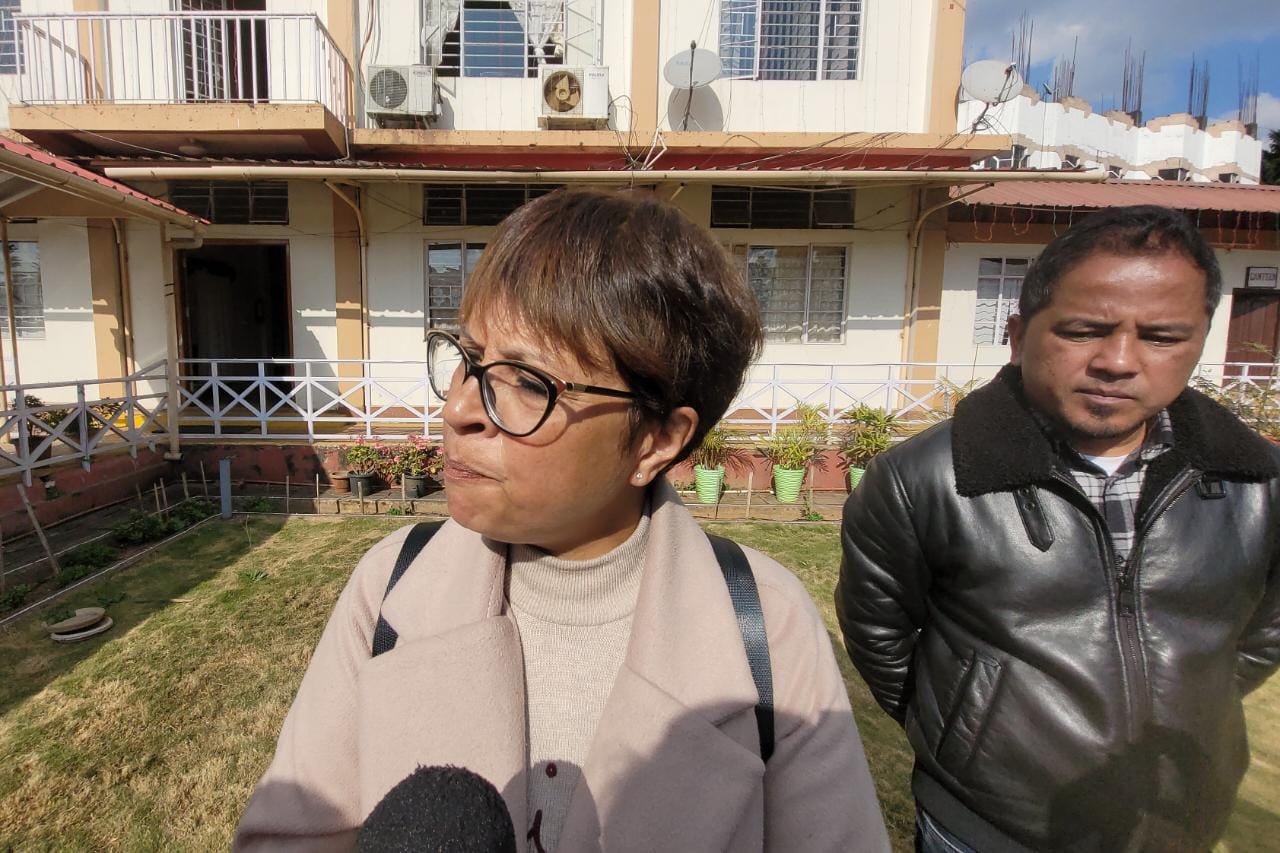 Former Congress legislator from East Shillong Ampareen Lyngdoh on Monday expressed confidence that the ruling National People’s Party (NPP) will resolve the long pending issues that include the boundary dispute.
Prior to formally joining the NPP after resigning as MLA, Lyngdoh said the inter-state border issue was going to be handled by the NPP in its leadership.
“It (NPP) has taken a very strong position with regards to the inter-state border. I am confident that while the first phase is already concluded, the second phase will also remain to be cooperated and a people based decision which happened in phase one,” she said.
Stating that she will partner with the NPP and other parties on the ILP issue, Lyngdoh asked the people not to forget that 60 MLAs had signed a resolution in 2019 on the matter.
“If you have a very strong government in the state of Meghalaya it will in any way take its own decision on matters like the ILP. I think the NPP along with its coalition partners have taken a decision to operationalize the Meghalaya Residents Safety and Security Act, that is a step forward in the right direction,” she said.
“What is pending is that the ILP which is an Act to be passed by Parliament should be incorporated to strengthen this state’s own Act. Certain corrections were also made in the MRSSA so those corrections were supposed to be pro-people in nature, pro-tourism in nature so model of ILP are available in different forms and patterns, there is no reasons as to why the state of Meghalaya should not be able to convince the Government of India,” she added.
The former Congress leader said the state should not be hopeful about this declaration of the ILP before the 2024 Parliament elections as there are going to be a lot of other things that the Government of India will likely concentrate on.
“And likely the ILP will have to be on the back burner till around 2024 when parliament comes back after the country goes into election,” he added.
With regards to the demand for inclusion of the Khasi and Garo languages in the Eighth Schedule of the Indian Constitution, she said, “We have already sent necessary documentation to support the demand of the state of Meghalaya to the Government of India.
Now I am confident that with more collaborations and with more participation of members who are familiar with these laws, we stand a good chance to put this into practice.”
“The NPP and the UDP who are major partners along with other minor coalition partners have already made it clear to the people of Meghalaya that from 2023 onwards, the official languages that were permitted to be part of the discussions and proceedings of the Meghalaya Legislative Assembly will also include Garo and Khasi. That again is a good step. Now tell me if that has not been partially addressed,” she said.
Meanwhile, Lyngdoh further urged the NPP to ensure a quick resolution and a proper plan of action in place for ensuring the ongoing peace talks with the proscribed Hynniewtrep National Liberation Council (HNLC) reach its logical conclusion.
“We would like to see this put behind us, all other insurgent groups have already been brought to mainstream. I feel that is also an agenda that people like me and Rapsang have already brought before the NPP,” she said.
Also asserting that the coalition partners should own up responsibility with regards to the law and order situation in the state, Lyngdoh said, “Now in the event of more experienced players joining the NPP, we foresee that home department, revenue department and other very vital departments are put under wrap under the supervisions of senior and more experienced individuals. We need to make sure that the police force is given the backup the moral backup of any government that is in position. That is the only way that we can toughen the stand of this government in years to come.”