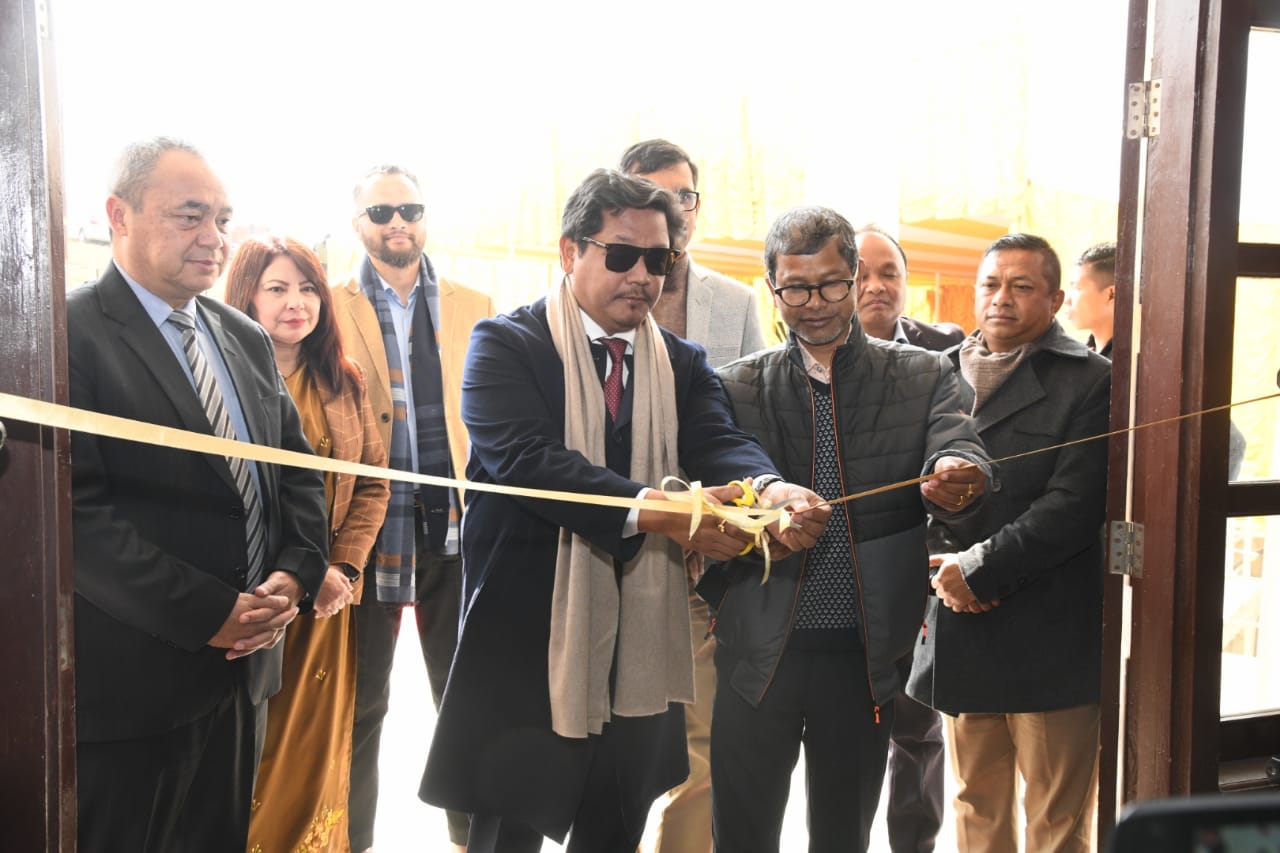 The prestigious project was undertaken by Rashtriya Uchchatar Shiksha Abhiyan (RUSA) and constructed at the cost of ₹ 26 cr.  The college is located on a campus area of about 7.8 acres, within the campus of Shillong Polytechnic (16.11 acres) at Mawlai Kynton Massar, East Khasi Hills District.

He said that Government has surveyed and interacted with over 90,000 youth and has come up with a road map to channelize their potentials. He further informed that different programmes related to entrepreneurship, sports and music that are being initiated by the Government has been drawn from such studies.

“Youth is an asset and power we have, if we use their energy in right manner, we can ensure that Meghalaya can be the best State in the country, as the youth will play an important role in driving the future of our State,” the Chief Minister added.

The Chief Minister also elaborated on the robust upgradation of education scenario by introducing programme and integrating it will health and mental well-being of a child.

He said that if we plan to upscale learning at the age of 20s, we will not be able to get the best, hence, the Government has initiated programmes that ensure proper nutrition of a child and early education in a systematic manner.

He further informed that Government will continue to focus on human capital development as an investment for Meghalaya’s growth. He also announced that this Government was committed for having the first State University – Captain Williamson Sangma State University, which was recently inaugurated at Balalgre, near Tura.

The Government has created 55 (Fifty Five) posts which includes 36 (Thirty Six) Teaching and 19 (Nineteen) Non-Teaching posts. Shillong Govt. College of Engineering (SGCE), Shillong has applied for grant of permission and affiliation from NEHU to start the College, which is under process.

During the Academic year 2022-23, Shillong Govt. College of Engineering (SGCE), Shillong had made an online application for Approval from AICTE for starting the Technical Courses, wherein the portal generated certain deficiencies that are being addressed prior to applying for the next approval process, for the Academic year 2023-24.