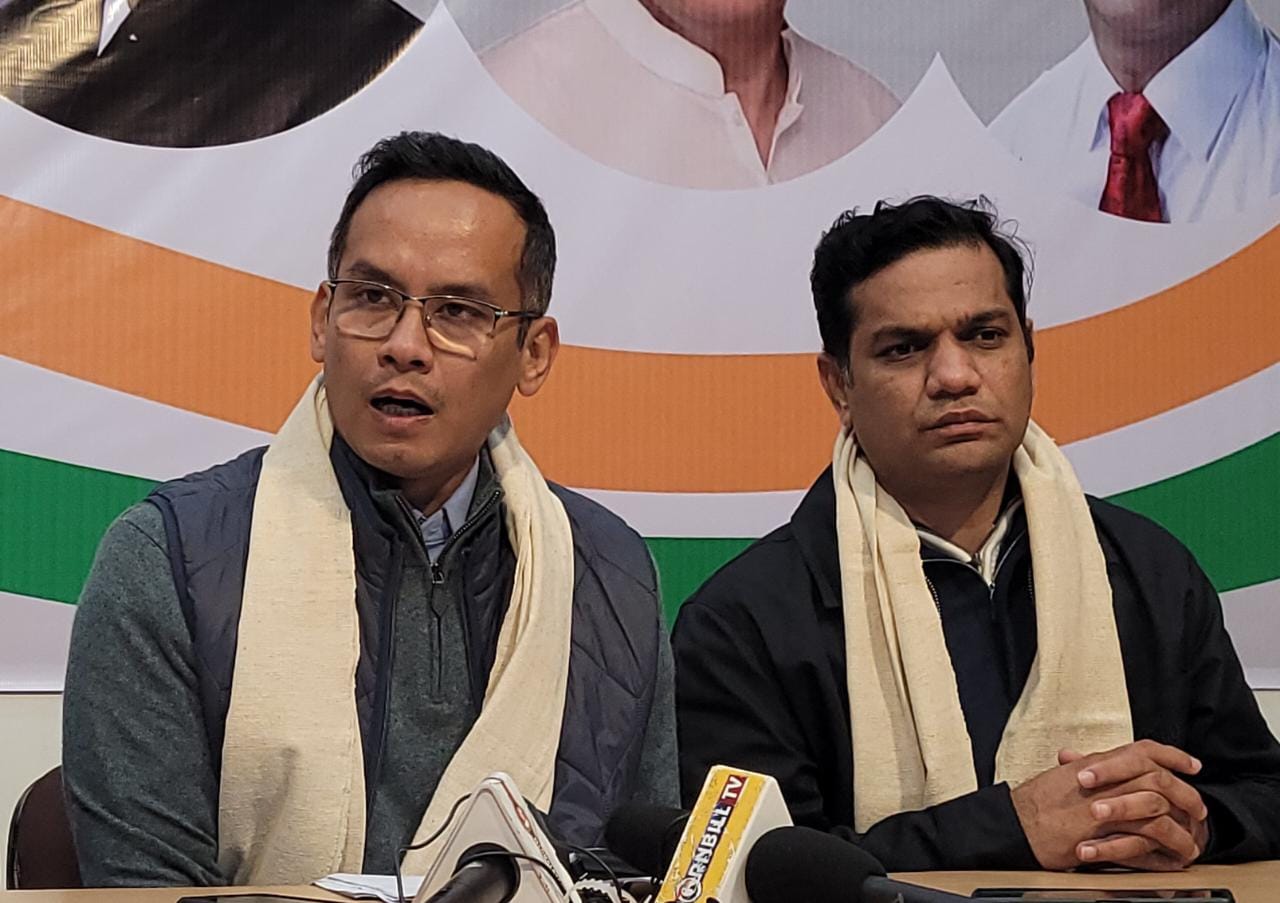 Congress MP Gaurav Gogoi on Tuesday expressed confidence that his party will come back to power in Meghalaya.

Addressing media persons, Gogoi said that the people of the state are totally frustrated with the current MDA government because of the scams that keep coming up whether it is the smart meters scam or the rice scam.

“People have lots of expectations but scams after scams, the failure to protect the citizens, the shootings that took place in Mawlai – all these have left huge holes in this government’s report card and I think the people are going to punish this government and are going to go back to the Congress party,” he said.

Gogoi, who is also the chairman of the screening committee, said that all the candidates of the party are ready to fight the elections.

“We are just awaiting the announcement of the official dates by Election Commission and the Meghalaya Pradesh Congress Committee is going to put up a fantastic campaign in the days to come,” he said.

He said the AICC observer Mukul Wasnik and his team are visiting the different parts of the state and meeting people including civil society organizations to gather information about what Meghalaya needs right now in terms of development, what the young people want and the major challenges.

“After this process, we will have a subsequent meeting in which the Congress will finalize the candidates with the approval of the president of the AICC and then the official list of candidates will be announced,” he said.

For the first time, the Congress will contest the Assembly elections without a single sitting legislator after all its 17 MLAs deserted the party and joined other political parties.

When asked, Gogoi however said that the people of the state are eager to see new candidates as they have in the past seen many political leaders jumping from one party to another and at the time of elections, these same people come with a lot of promises but failed to live up to their promises.

“Also, there was a lot of expectations from this government when it was formed in 2018 but they have failed in all their major expectations. So I think it gives people an opportunity that instead of being frustrated by looking at the same set of faces, they are looking at new people with a new set of ideas and new set of experiences and with a new set of outlook. I think it brings a lot of positive energy and optimism to our campaign,” he said.