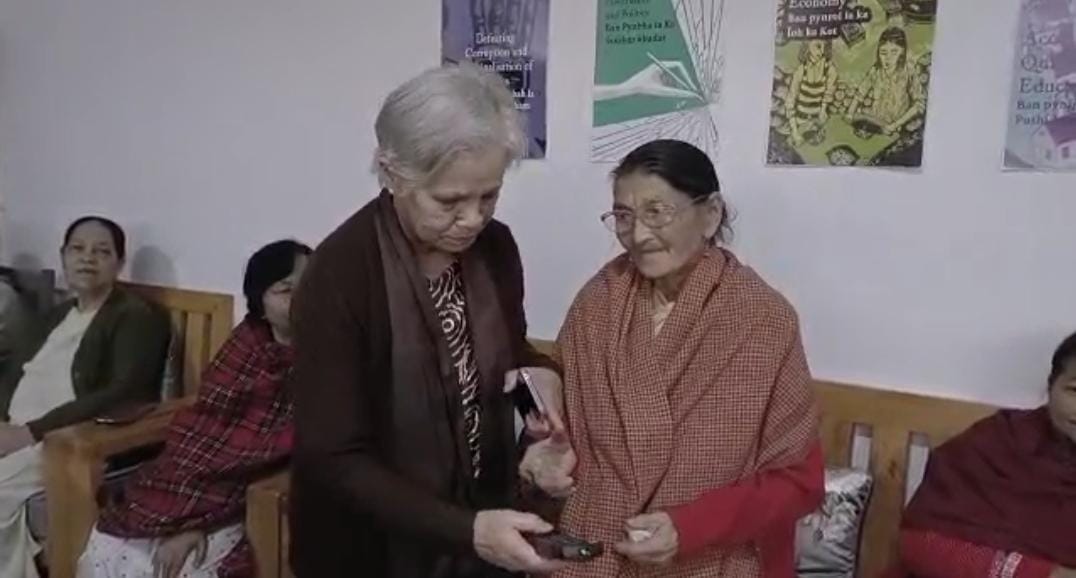 KAM Meghalaya on Monday launched its campaign anthem – ‘Ka Kam Kan Ialam’, which affirms the power of a united people for democratic progress, justice, and inclusiveness in Meghalaya.

The anthem was released by 93-year-old Pheril Kharsyntiew from Malki, who is also the grandmother of Wanpynhun Kharsyntiew East Shillong KAM candidate and Octagenarian Amy Rangad from Laban, who is the eldest aunt of Kam candidate Angela Rangad.

The anthem rallies around KAM’s three candidates for the upcoming 2023 legislative elections: Angela Rangad (South Shillong), Wanpynhun Kharsyntiew (East Shillong) and Kyrsoibor Pyrtuh (North Shillong), who stand on a political platform based on the principles of justice, equality and mutual respect.

Written by Kampher Mark Swer, the anthem is a litany of possibilities of the power of people united around KAM that can create a just Meghalaya.

“Kam” is a word in many languages, including Khasi and Garo, which means “work”. The KAM political platform is founded on the centrality and respect working people should have in a thriving democratic society.

Even though the song laments injustice meted out by the powerful on working people and the destruction of the state’s indigenous social fabric by the political class, the song is about the reversal of power and change that can happen when people are united.

The song was composed by Da Minot and performed by Tipriti Kharbangar and the composer, with additional group vocals by members of KAM.