No electricity in Tura for last 3 days; 400 household in 50 villages affected in WGH 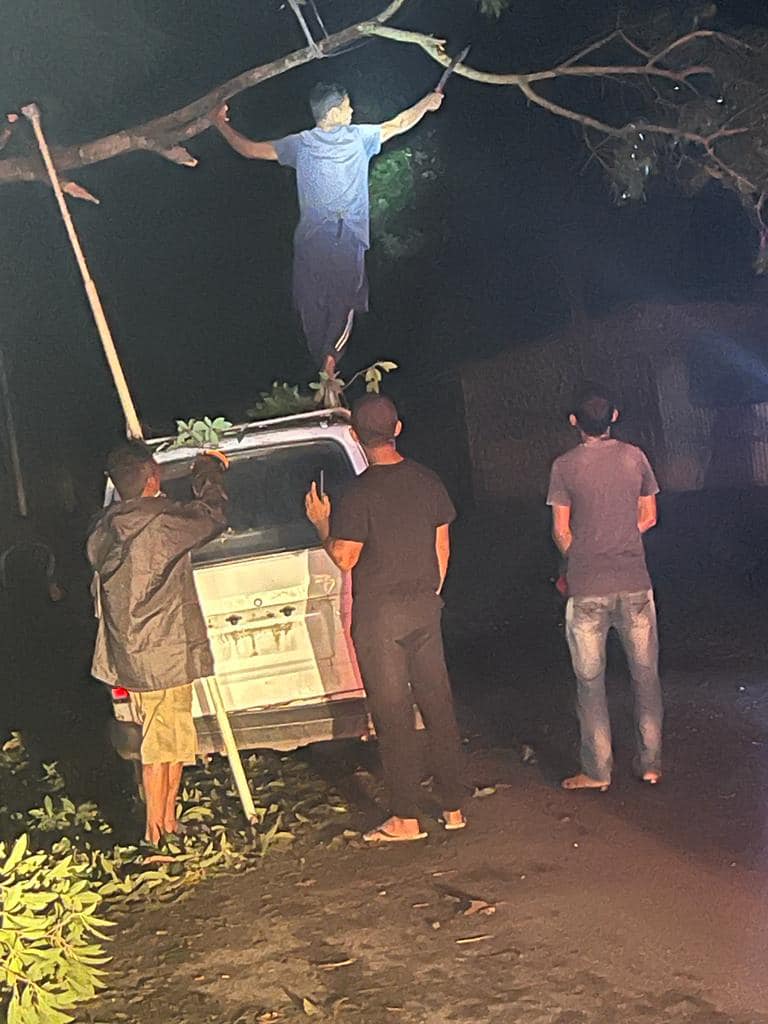 As the strong cyclone hit the state around four hundred households in 50 villages  in the West Garo Hills district were affected.

Chief Minister Conrad K Sangma on Wednesday ​ while mentioning about the  power supply in different parts of the state​ ​which has been affected​, said ​​”​The MeECL has worked overtime and most of the lines have been restored and those which have not been restored we are hopeful that within the next 24 hours we should be able to restore most of the lines.”

West Garo Hills Deputy Commissioner Swapnil Tambe informed that MeECL staff are working to rest​​ore back the electricity, ​while success has been achieved in some localities, several areas in Tura town are still under darkness. In many areas, trees fall​en on the electric lines had to be cut. 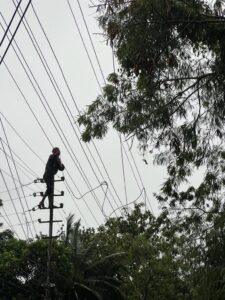 “​This is because of fallen trees everywhere because of the severe storm so more than hundreds of trees have fallen into the High Tension line and Low tension lines, so the MeECL team is there working 24×7 to restore the electricity,” Tambe said.

The DC further added, “ The repair work done by the MeECL as in they have to cut the trees,  huge trees are there, it’s a big task they are working round the corner, in some areas it has been restore and the work continues,”

“They are working on  one after another locality and we are trying to restore the electricity at the earliest,” he assured.

Asked​ about the affected localities​, Tambe said, “Some in Gambegre block also, infact entire district is affected, but the impact was severe in Tura and that is why it is taking time to restore back the electricity. “ 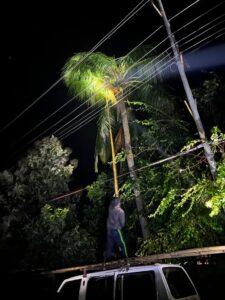 In a social media message, the District Administration of West Garo Hills informed that MeCL workforce has been working continuously for the last 3 days and even after restoration in some areas, few trees were again reported to obstruct the lines.

“The number of trees which had fallen on Electric Line due to #CycloneSitrang is extremely high and unprecedented. All most all the LT and HT lines have been damaged. And even after restoration in some areas, few trees were again reported to obstruct the lines. The network issues are also making it difficult for the teams to coordinate. The entire MeCL workforce has been working continuously for the last 3 days,” District administration said.

“Additional manpower from Forest Department and PWD are also being engaged to help them remove the fallen trees. We will also be engaging Civil Defence Volunteers and Skilled Manpower from other districts to ensure remaining restoration at the earliest,” the statement added.

Meanwhile, the Deputy Commissioner of West Garo Hills further informed that more than 400 households in about 50 villages are affected due to the cyclone.

“Around 50 villages in West Garo Hills that have been affected due to the cyclone, although no causality reported from West Garo Hills district but around four hundred (400) households are affected,” he added.

Talking to reporters, Chief Minister Conrad K Sangma said complete efforts are being made to ensure all support is given to the families in the Sitrang Cyclone affected districts in the state.

Sangma said he had reviewed the situation during a meeting attended by all deputy commissioners of the 12 districts.

“…the departments specially the revenue and disaster management department has completely gone into full swing work and complete efforts are being made to ensure that all support to the affected families are being given and all deputy commissioners are working overtime to ensure as much relief as possible can be given to the people who are affected,” he said.