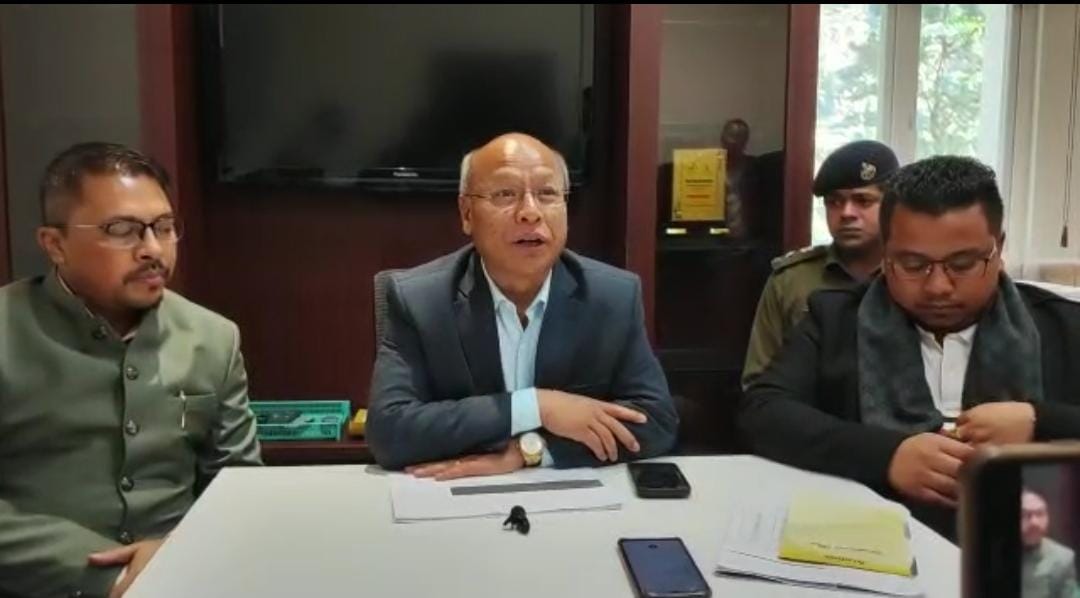 Deputy Chief Minister Prestone Tynsong on Wednesday chaired the first meeting of the Regional Boundary Committee for Ri Bhoi District phase 2  at the conference hall of the deputy commissioner’s office.

It may be noted that there are four remaining areas of differences only in Ri Bhoi that need to be settled in the second phase of boundary settlement between Assam and Meghalaya.

Addressing the media, Tynsong said, in the border meeting held today the Committee has discussed only two areas of differences that is Block II and Dershdoomreah. While the discussion about Borduar and Nongwah Mawtamur, will be taken up later.

“The main purposes of the meeting are to discuss thoroughly with the traditional heads before the commencement of the second phase of border settlement along the interstate border dispute between Assam and Meghalaya” Tynsong said.

“As of now we are trying to collect land documents and other supporting documents to be strongly support in this second phase of border settlement” he added.

The Syiem of Hima Mylliem, Khyriem, Syiem Raid Nongtung and others stakeholders handed over the land documents with regard to their respective claims to the deputy chief minister for verification.