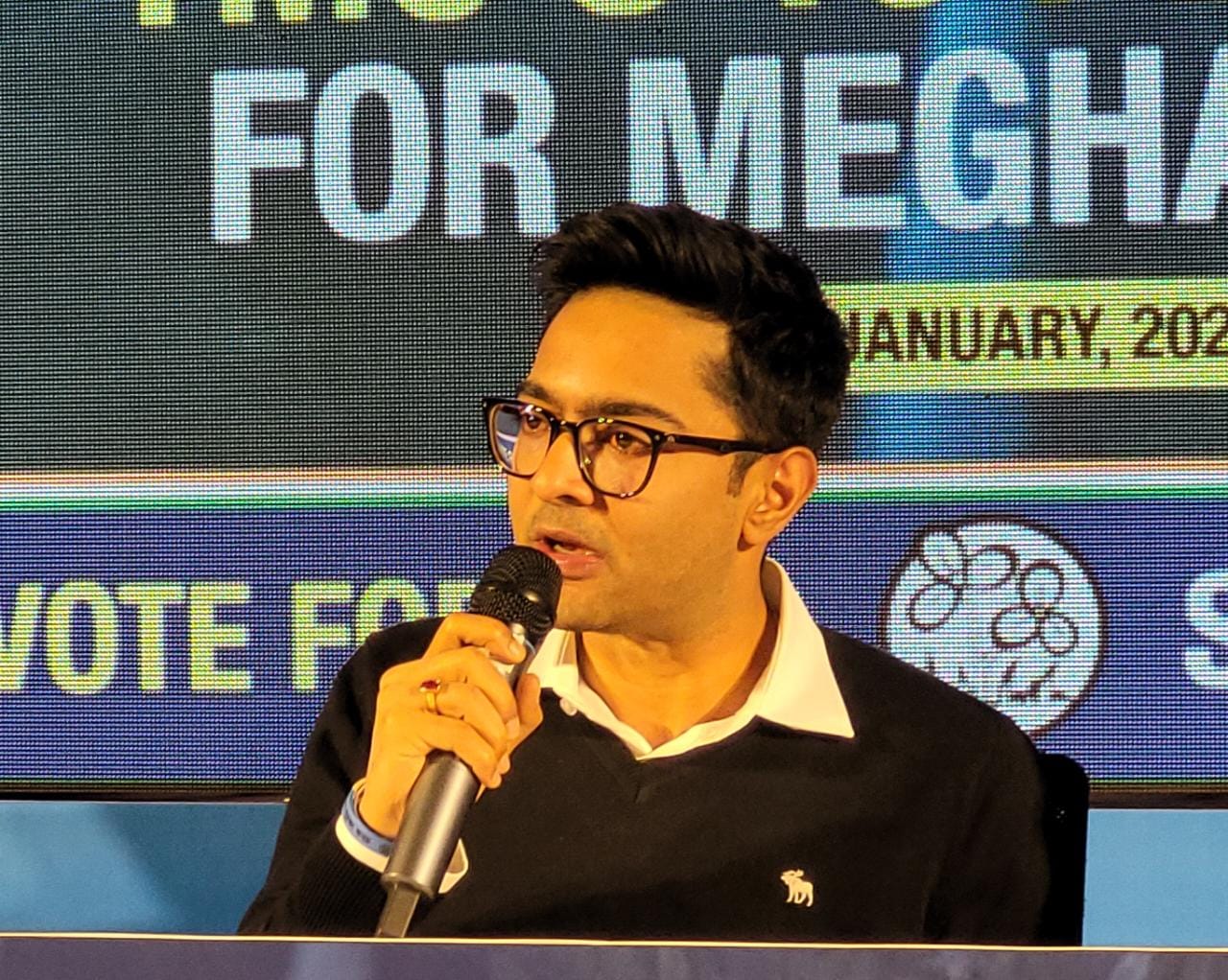 He said it was unbecoming of a chief minister to listen to market rumours and say that leaders of the AITC are already planning to desert the party once elections are over.

“I can only tell him (CM) to concentrate on his campaign as now NPP is no more National People’s Party it has become National Puppet’s Party and it is only a matter of time that this My Development Alliance government is ousted and a true government which will work towards the all-round development of a state is established,” Abhishek said.

He further alleged the chief minister of being perplexed, bewildered and scared ahead of the assembly polls.

The AITC leader also slammed the NPP for terming the We Card and MYE Card scheme as “baaki cards”.

He said that these are not promises but pledges that the AITC will do in Meghalaya.

“When we released the manifesto before the Bengal elections, the chairperson of the party was only promising to give one woman in every household. After coming to power in three months, she has made sure that every woman in the state is covered under the scheme.”

“One woman in every household will get Rs 1,000 monthly and Rs 12,000 annually and it will be the first decision that cabinet will take and it will not even take 100 days. It will be executed within the first two weeks of forming the government, I can assure you that,” he assured.

TMC National General Secretary Abhishek Banerjee also hit back at Chief Minister Conrad Sangma’s claim that the Trinamool is an outsider. He further asserted that Meghalaya will be ruled by Meghalayan and dared the BJP if the same can be said of the saffron party.

Conrad Sangma, who heads a six-party alliance including the BJP, had said yesterday that Trinamool does not have a base in Meghalaya and it will take them a long time to establish themselves and get people’s acceptance.