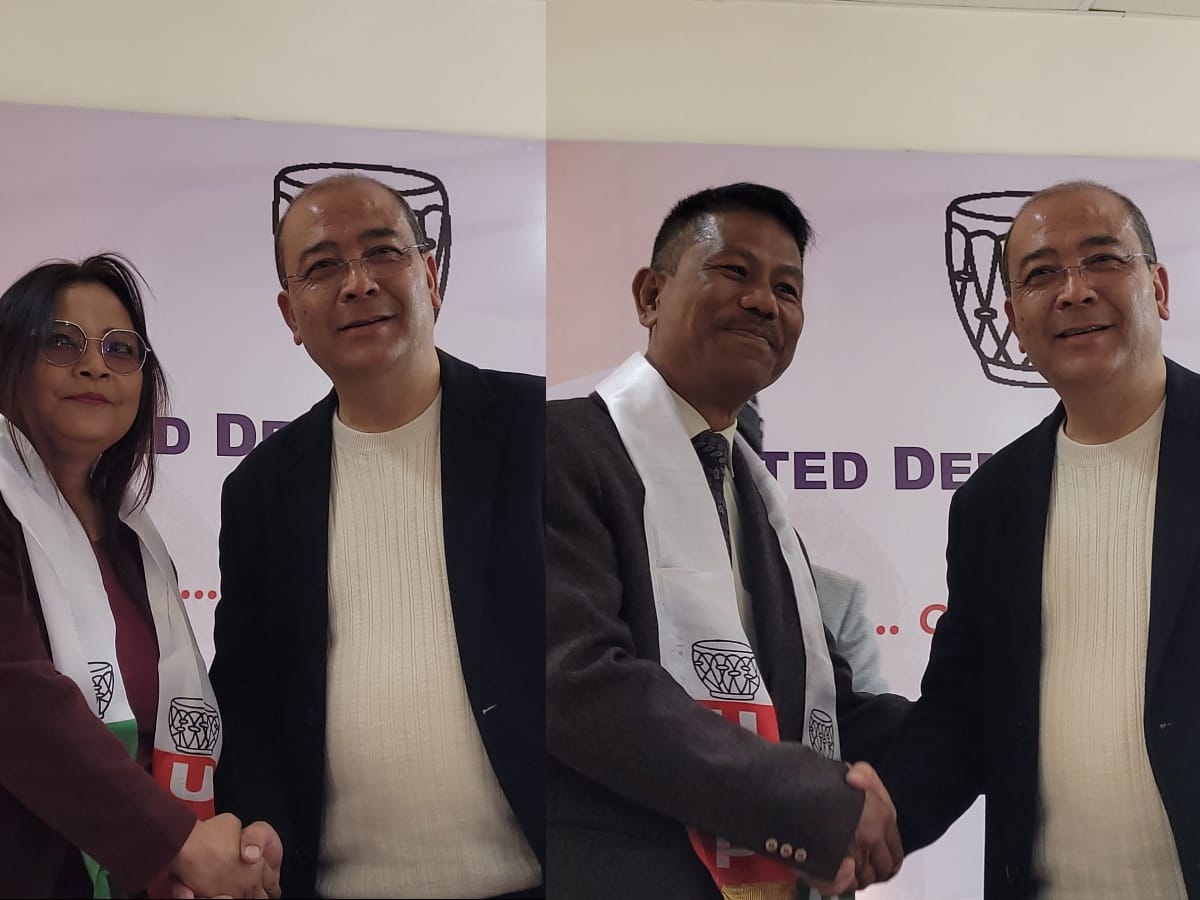 The United Democratic Party (UDP) on Monday announced its second lists of two candidates for the upcoming Assembly elections in the state.

The two candidates were felicitated by the UDP president and Assembly Speaker Metbah Lyngdoh.

Dr Pilne A Sangma is the only female candidate of UDP which so far already 34 names.

Addressing a short meeting, Lyngdoh informed that the party will soon release third list of candidates where in the names of five sitting legislators who will be joining the party will be featured.

He informed that the party has so far declared a total of 34 candidates for the upcoming elections.

Talking to media, the UDP president said, “UDP is doing ground survey to evaluate the strength of some of the aspirants before declaring their candidature.”

Earlier UDP in its first list has announced the names of 32 candidates.

Reacting to this, Lyngdoh said he was surprised at the decision of the National People’s Party (NPP) not to field candidate against him from Mairang constituency.

“I don’t know but I was surprised to see they (NPP) openly announced that they are going to put up a candidate from there. I don’t know what the reason is. The best thing is for you to ask them,” he said.

He said that the UDP is fighting the 2023 polls on its own even as he expressed confidence that the party will win more than 30 seats.

Meanwhile,   Lyngdoh also said it is wrong if NPP want to play as a political party in the government events or programmes.

“We fought elections, everybody is trying to do this but I don’t see that is going to benefit anyone as at the end of the day people will decide. If this kind of benefits coming before the elections means people should understand and realize that this is not at all the real kind of schemes that people are supposed to receive so people should be wise enough to see and look into all these aspects,” he said.