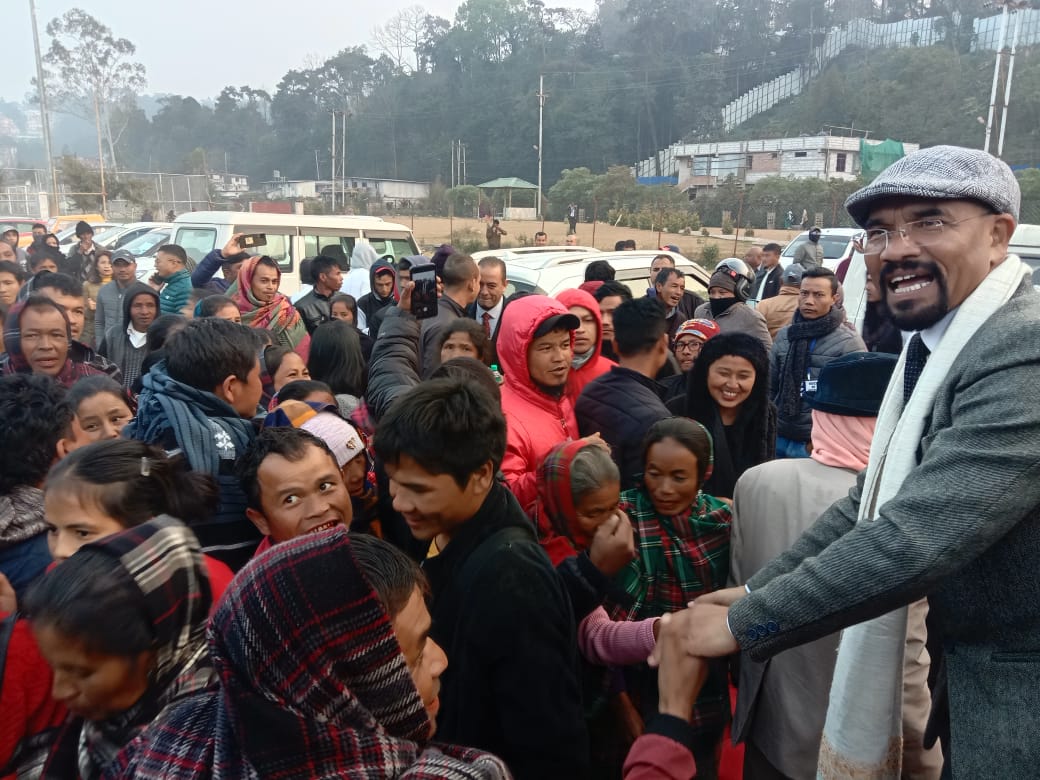 The Voice of the People Party (VPP) on Monday announced its second list of two candidates.

Former KHNAM legislator from North Shillong Adelbert Nongrum and a schoolteacher Mayborn Syiem from Pynthorumkhrah were felicitated by the VPP state president Ardent Miller Basaiawmoit at a public meeting held at Polo grounds.

Altogether, 16 candidates have been declared by the party so far.

Addressing the meeting, the VPP president urged the people of the state to vote the MDA out of power.

“We need to work together in order to bring a political change in the state and throw out the present dispensation from power,” he said.

Stating the reasons for floating a new political party, the former Nongkrem legislator said, “I am sure you will agree with the leaders of VPP that all the political parties in the state especially the regional parties have failed the people of the state miserably. Therefore, we feel that we are duty bound to do something to prevent the state from further decline and deterioration and as a group of concerned of citizens we are left with no option but to launch this new political party.”

He said that the vision of the party is to revive, restore and transform Meghalaya adding “we would also like to assure the people of the state that we will ensure good governance and clean politics if we are voted to power.”

He said that the party will also ensure that the people of the state that we will ensure peace and tranquility in the state at all times.

However, the party could not declare its symbol after the matter was still lying pending with the Election Commission.

“We were informed by the ECI officials that the party will get its symbol within two – three days,” Basaiawmoit said.

Earlier, Adelbert Nongrum kneels down and asks for forgiveness from his late father while citing the reasons for him to quit the KHNAM and join the VPP.

“The situation compelled me to change my principles but we will not play with the people. I have quit the KHNAM and joined the VPP and we pledged to bring true democracy in the state while others want to bring “demoncracy”,” he said.

He said all the political parties have failed the people of the state and it is high time that they vote for change by voting for the VPP.