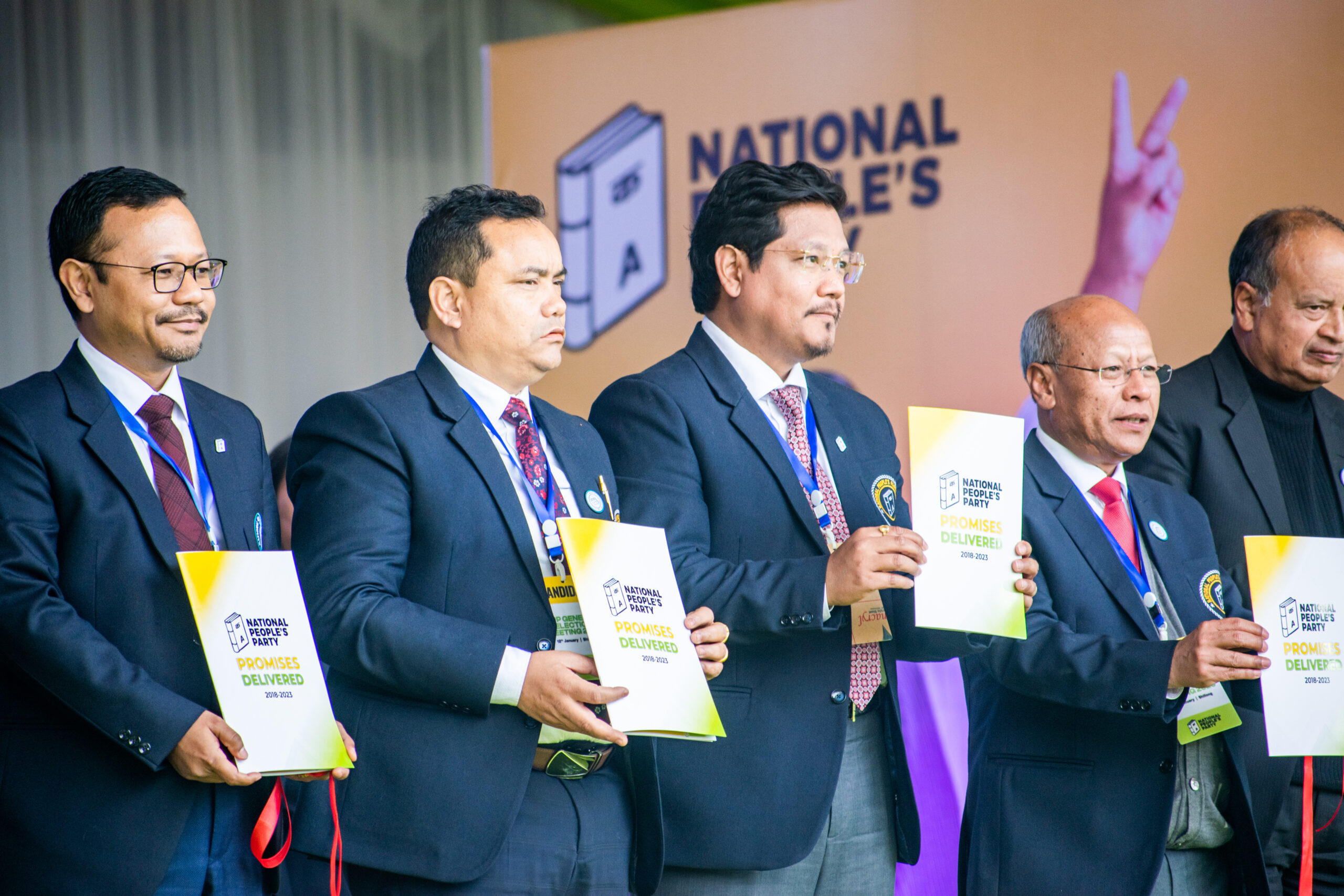 The National People’s Party on Wednesday announced the name of the 58 candidates for the upcoming election in the State of Meghalaya at an election meeting titled – “Stronger Together” held at Polo Grounds, Shillong.

In the list of 58 candidates, 25 were the members of the 11th Meghalaya Legislative Assembly, including eight sitting legislators who resigned from other political parties and joined NPP and 19 are from NPP.

On this occasion, the National President of NPP Conrad K. Sangma released the document titled “Promises Delivered” which highlights the promises made during the 2018 election and achievements of the NPP led Government in the State.

Addressing the gathering, NPP National President Conrad K Sangma termed the 2023 election as very crucial, and said as the State goes for polls in the 51st year of Statehood, it is imperative that a party with a vision is given the opportunity to lead the State.

“We as citizens of the State have to come together and repose our faith in NPP, which has proved to the people by fulfilling the promises in the last five years,” he said.

He further said that people of the State are eagerly waiting to vote as they want a strong government, a government that delivers. “I am sure that people will repose their faith in NPP once again to fulfil their dream for a new Meghalaya,” he added.

He said that the NPP led Government had the wisdom and the courage to take forward the discussion of inter-State border differences and take the issue to its logical conclusion. He also asserted that it is only the NPP which can resolve the border issue completely with Assam.