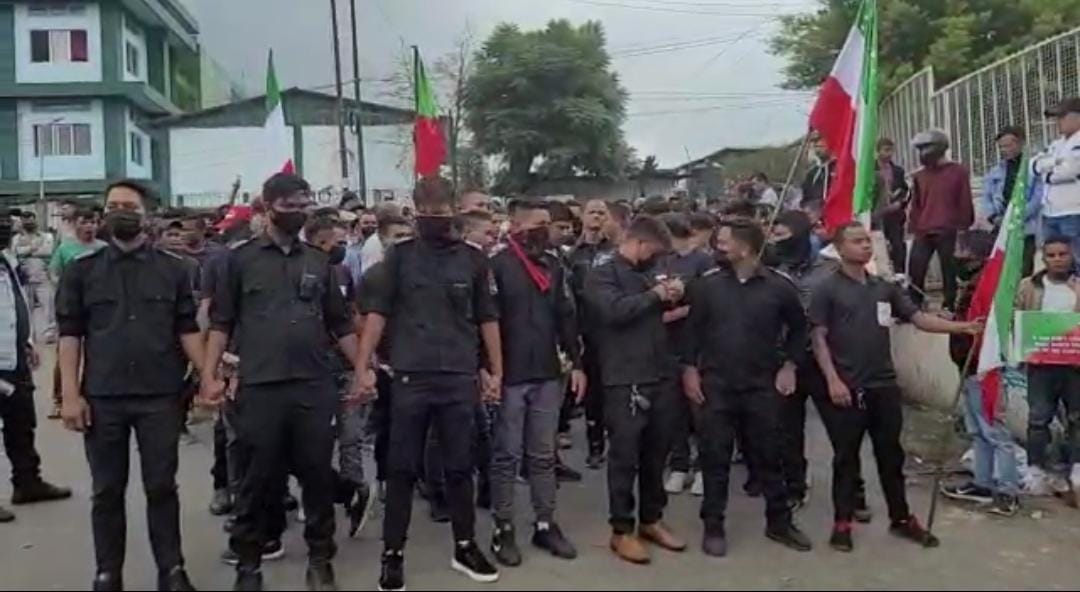 The Hynniewtrep Integrated Territorial Organization (HITO) on Friday staged a flower protest against the failure of the state government to suspend the two police officers who were involved in firing tear gas at the protesting contractual teachers recently.

Activists of the HITO along with the contractual teachers marched from the U Kiang Nangbah statue opposite Shillong civil hospital to the Secretariat and threw flowers in front of the gate in disappointment against the inaction of the government.

Before the protest march, HITO president Donbok Dkhar said, “If the MDA government continues to provoke and discriminate against the people of the state, the HITO will be forced to give AK-47 guns to its members. We don’t mind shedding blood for the jaidbynriew so that this government will know that a man lives every day but will die only once.”

He alleged the government of trying to defend the two police officials responsible for the tear-gas incident despite video clippings having gone viral in social media.

“The Chief Minister himself was defending a police official in the purchase of vehicle scam,” Dkhar said.

The HITO president said the organization will continue to protest till the government takes action against such erring police officers. “We will stage surprise protests in the coming days, we will not stop,” he added.